We recently had the opportunity to tickle up a 2017 Subaru WRX. Late model vehicles can sometimes take a while to trickle down to the people that modify them, and it was a bit of an interesting one for the team that hadn’t seen too much of Subaru’s low mount turbo setup they now have. The first part of this crisp white Subaru’s time with us had it bolted to the dyno down the road at Prestige Tuning and Motorsport. With a few warm up pulls, the completely stock WRX measured 145.3kw at the wheels. This formed the base point for the modifications we had lined up for it. 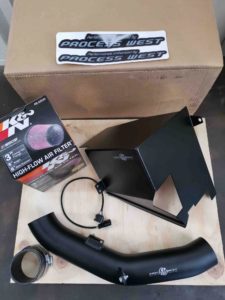 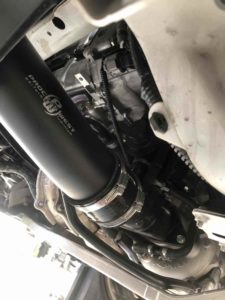 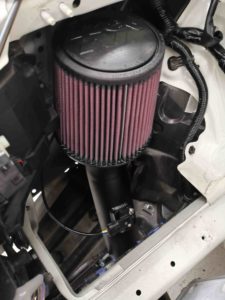 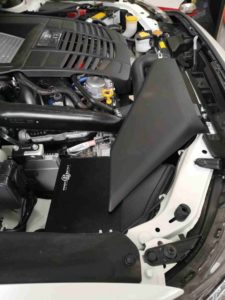 Getting it back to the workshop, we started off by removing the factory intake and airbox setup and replacing this with a Process West Cold Air Intake and K&N Filter. Installation of this was neat and tidy and required zero modifications to the engine bay. We then removed the factory exhaust system to bolt in a Invidia stainless down pipe with high flow cat and a stainless Magnaflow 3″ catback system. We made a small modification to the Magnaflow system and removed the flange designed to bolt to a factory Subaru cat as it dropped in size from 3″ and didn’t match with the high flow Invidia cat. A quick chop and a buzz with the TIG we were in action to fire her up and hear what these new Subaru engines sound now that it can breathe a bit better. 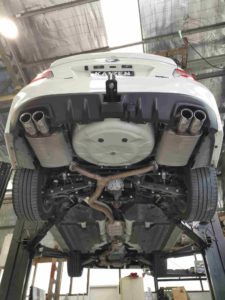 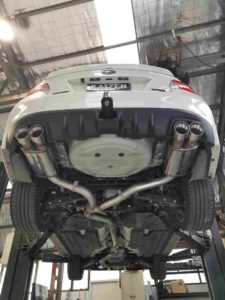 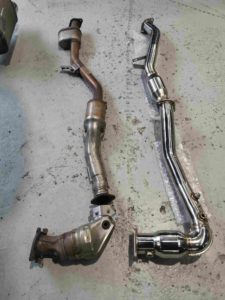 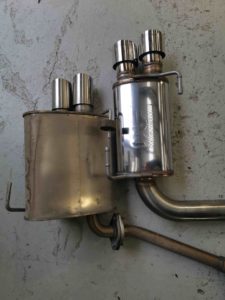 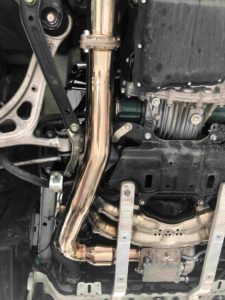 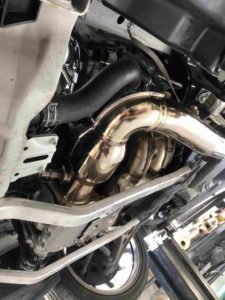 A press of the start button and she fired into life. A nice deep tone bellowed out of the exhaust and then what almost sounded like a jet engine soon spooled up as the new intake let us hear some of the musical notes these new Subaru engines play.

Another trip down to the dyno with the correct ECUTEK software to adjust the stock ECU for the modifications and the Subaru ran 171.9kw. A reasonably healthy jump of 26.7kw. One of the limiting factors of the late model WRX is it’s CVT transmission. While you get 8 preset transmission ratios to give it that almost “manual” transmission feel without the hassle of a clutch pedal, it still puts a different type of load on the engine than what a manual transmission car usually would and can be detrimental to power output. 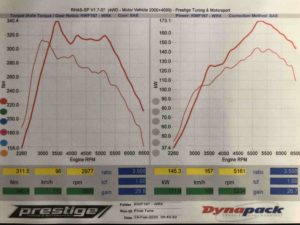 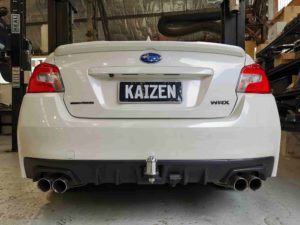 The 2017 Subaru WRX still very much impressed us and it felt like it was a much bigger increase in power once in the drivers seat. Subaru claims the CVT equipped WRX will launch out of the hole to 100kmh in 5.9secs and we are sure we have improved on this number. The CVT allows for revs to be kept near redline, maximising boost pressure and keeping the engine in its newly improved power band. These cars are loaded with technology and as they are available in the used market in the low $30k mark, we feel they are still an affordable, all round performance machine.